David Loughlin, as project architect for Panter Hudspith Architects, had involvement that extended to the design of individual shopfronts ensuring a consistent treatment to the whole facade.

An un-popular office building designed in the 1960’s in a brutalist style by the architect John Poulson was proving difficult to let, had serious defects and had become a local eyesore. The building was much taller than neighbouring buildings, had different proportions and blocked views from up and down the street.

The scheme provides three floors of retail space across the entire footprint of the site which is in the heart of a conservation area and surrounded by listed buildings. The main, limestone clad elevation follows the gentle curve of the street. By tightening the curve, the tower of St. Helen’s Church is brought into view from Davygate; a new view that had been obstructed by the previous building. This has the additional benefit of reducing the apparent height of the new building onto St. Helen’s Square.

The scheme won approval following the endorsement of both English Heritage and the Royal Fine Arts Commission. In the course of the project, the scheme was expanded to incorporate an adjacent 1851 Methodist Chapel. 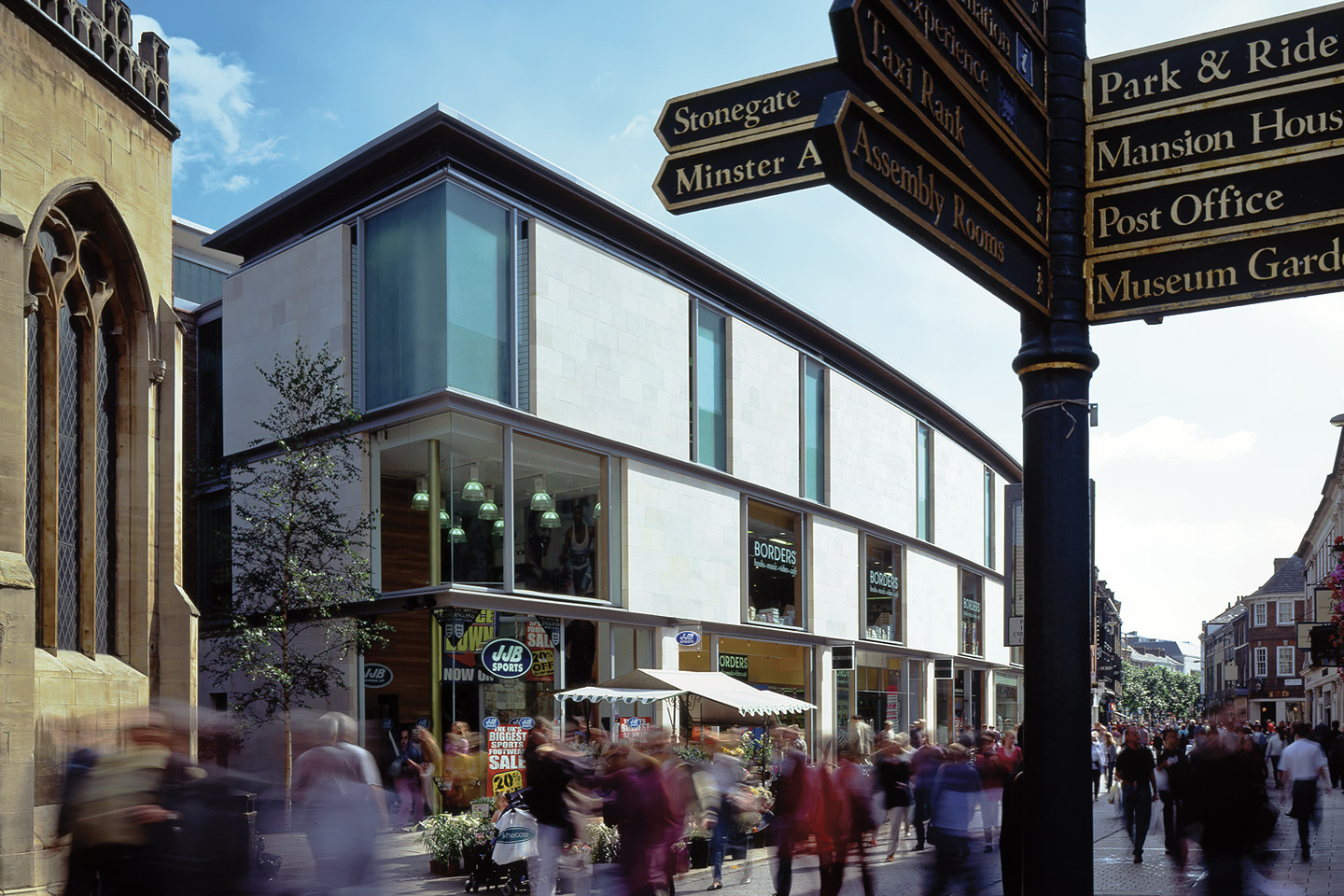 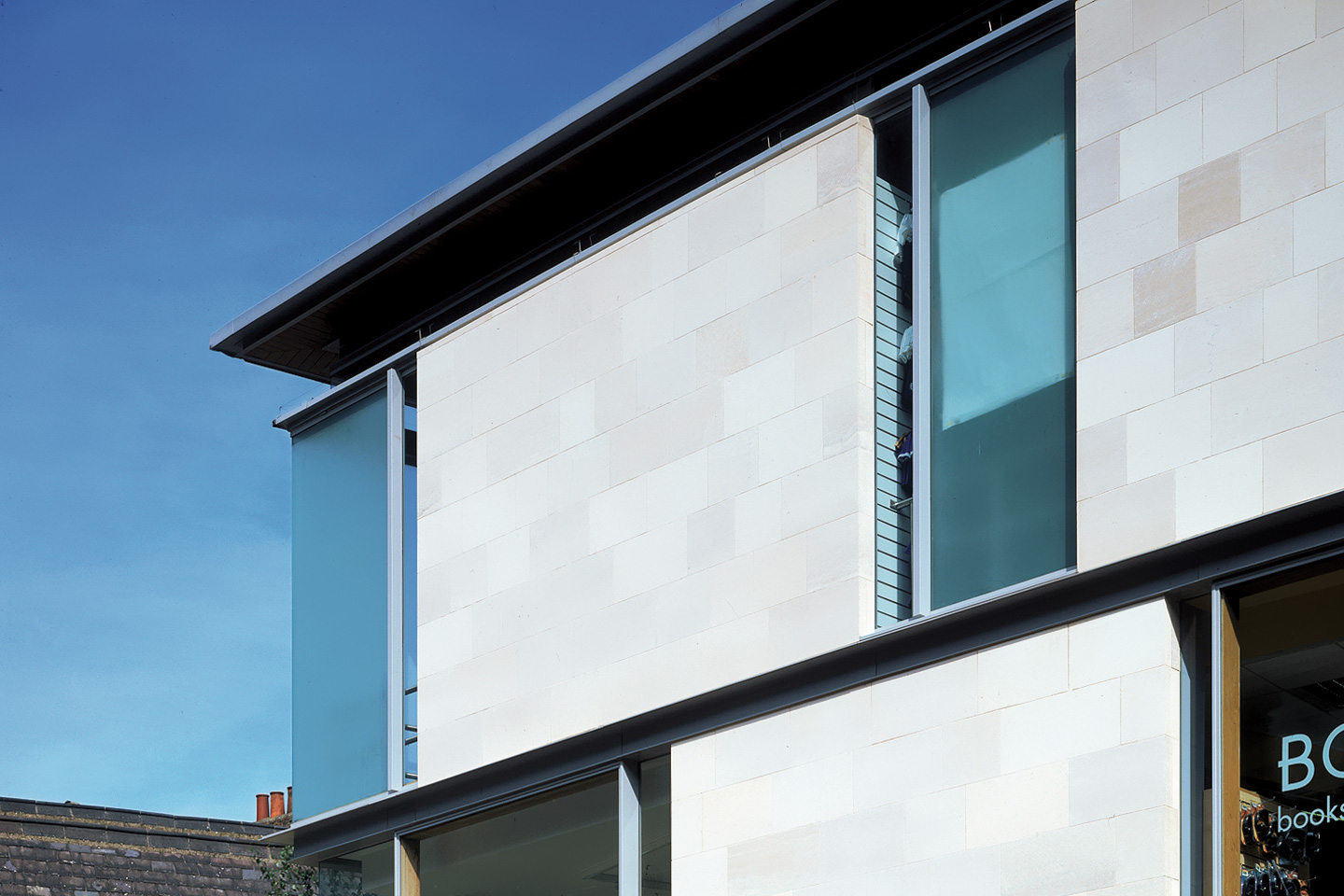